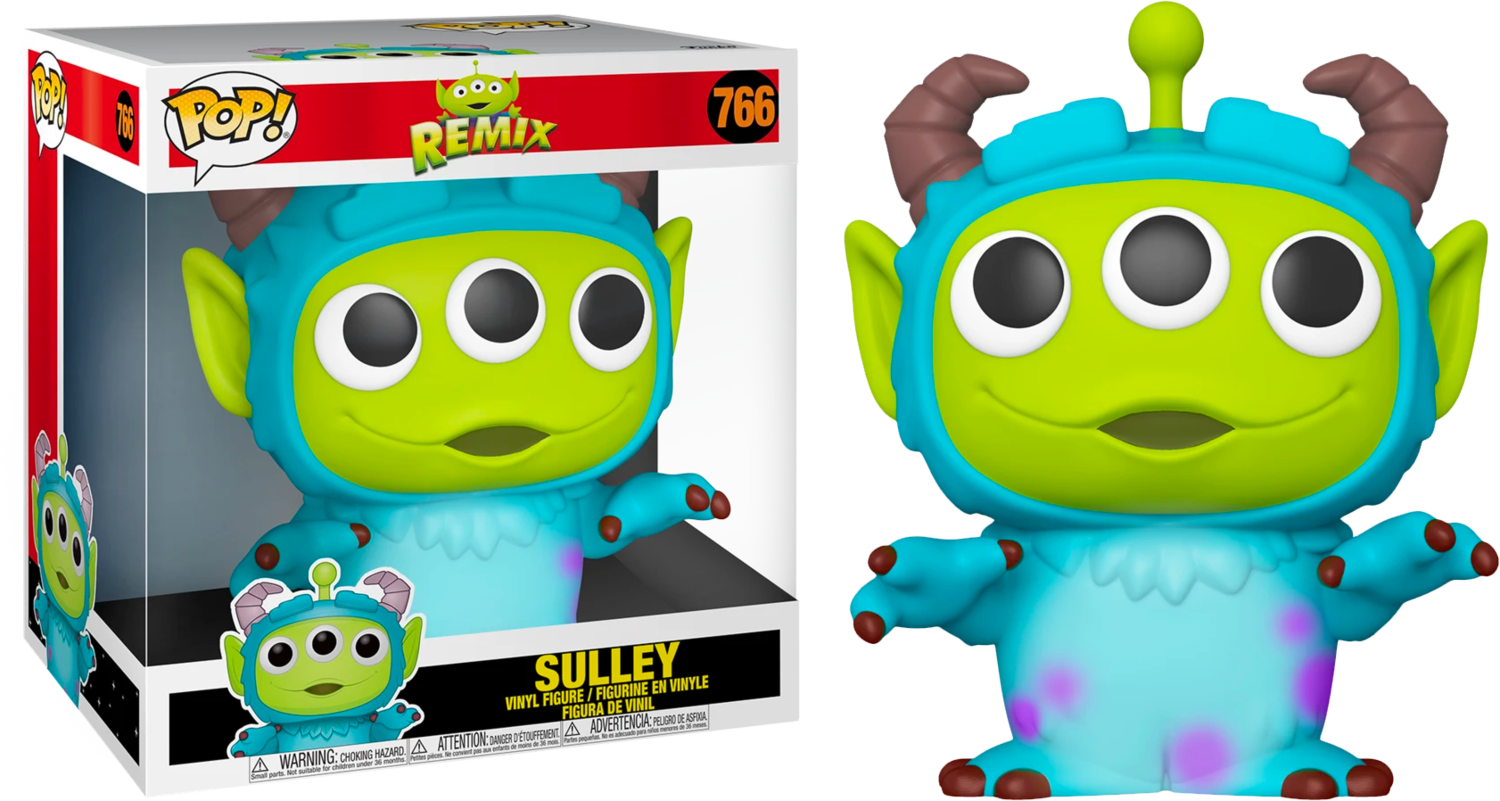 Included in this new wave of Alien Remix Pop! Vinyls are the Alien Remixed with Wall-E, Eve, Mater, Sulley, Randall, Roz and Elastigirl. So many unique yet incredibly cute designs, personally I think these are even better than the first lot!

However who we have here is the Alien Remixed with Sulley, from the smash-hit film Monsters Inc., except this time he's featured in all his 10" glory. He's really looking forward to powering Monstropolis by making your Funko collection laugh outrageously.