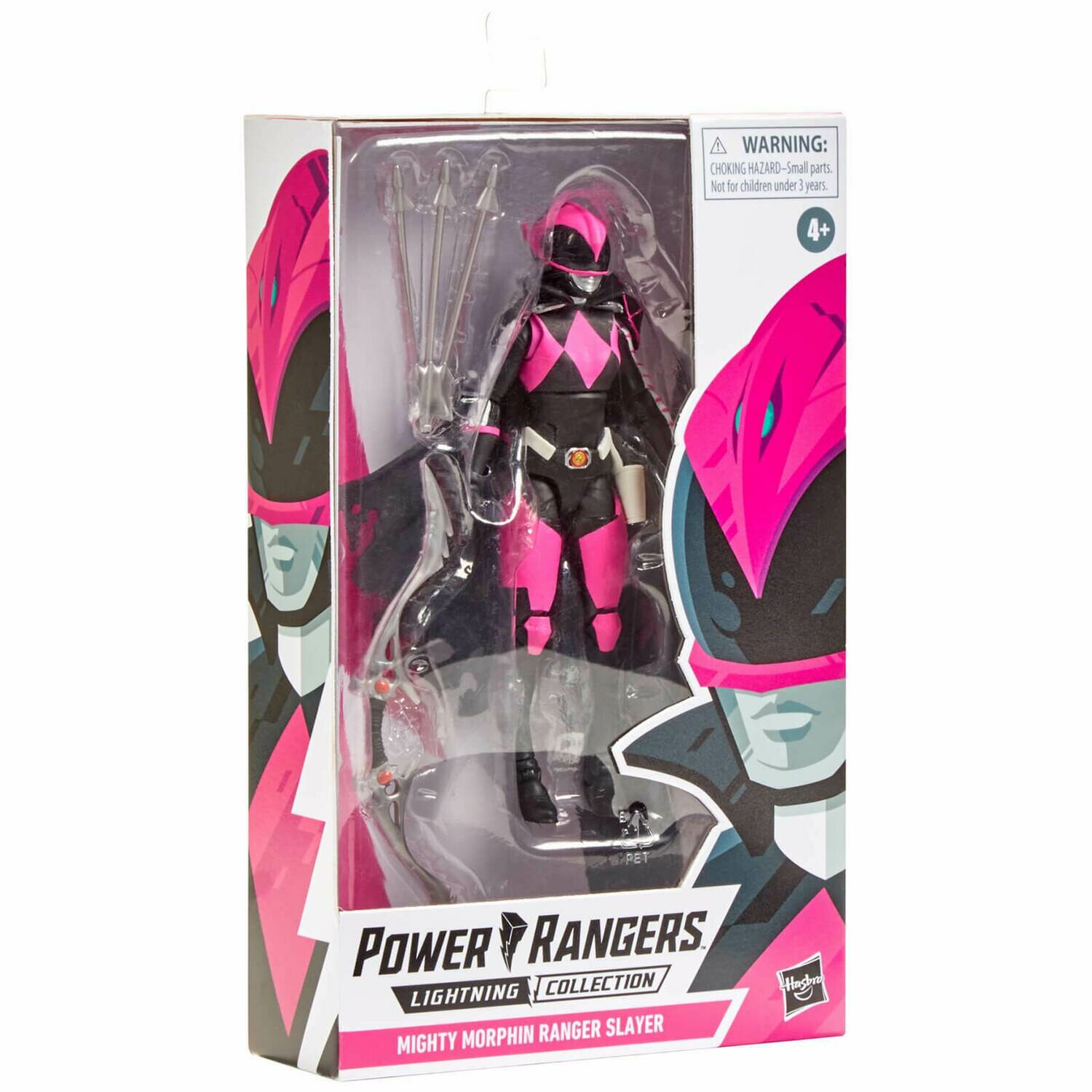 Having seen her fellow Power Rangers struck down in the war against Rita Repulsa and Lord Drakkon, Kimberly Ann Hart went on a last, desperate attack which saw her mind mystically controlled by those she tried to destroy.

This devilish Ranger Slayer has been recreated by Hasbro as part of their Lightning Collection of 6 inch action figures! Featuring a huge level of articulation there’s no end to the acrobatic poses available for play and display.

With the, Bow of Darkness, blade blaster and two arrow accessories, she’s prepared to take the fight to the forces of good in the name of Lord Drakkon.