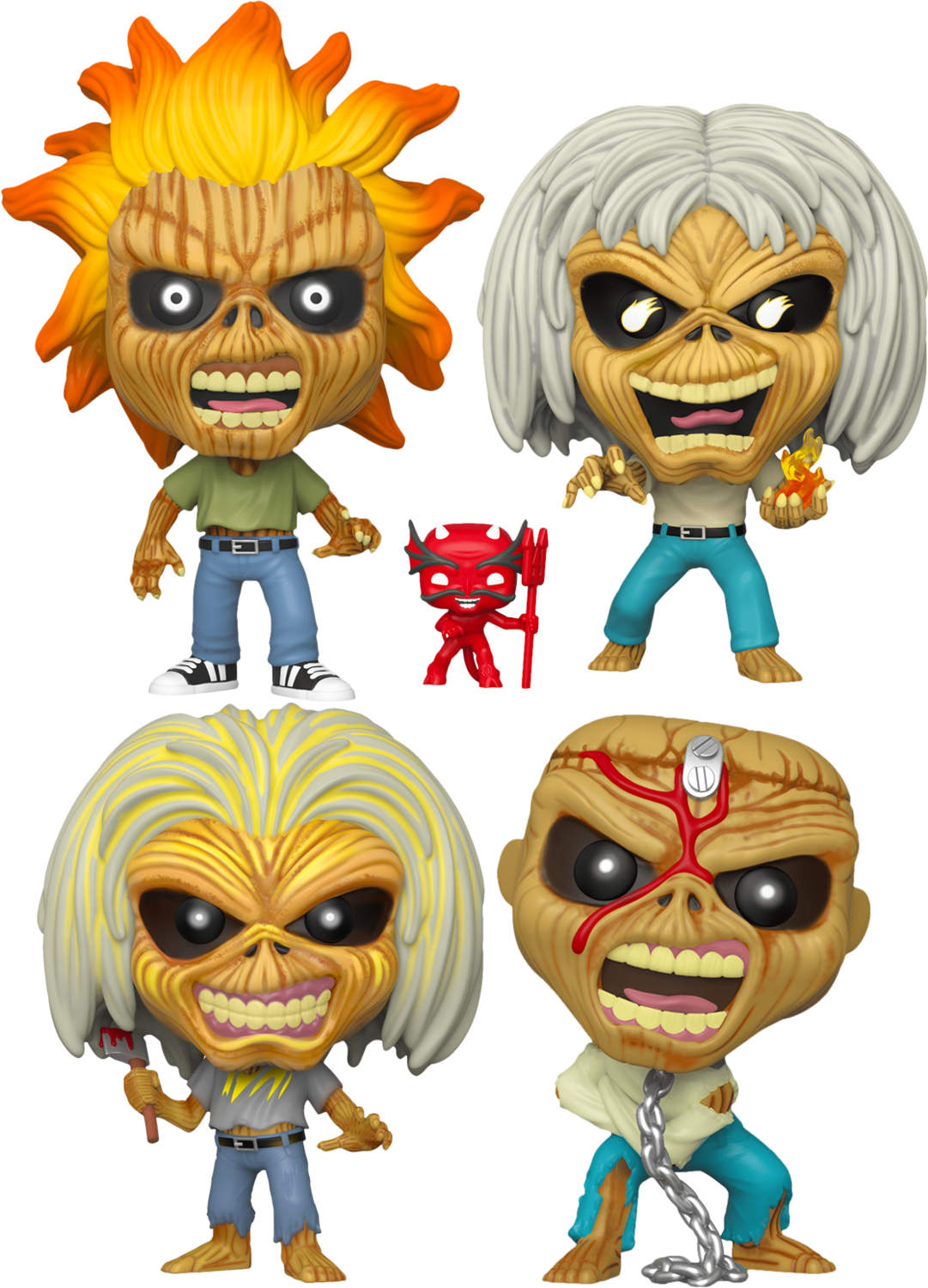 Iron Maiden - The Number of the Pop! Vinyl

Iron Maiden - The Number of the Pop! Vinyl

For over 40 years, Iron Maiden have etched their place in music history as the pioneers of the British heavy metal scene, releasing 39 albums that feature hit songs such as The Number Of The Beast, Aces High, Hallowed Be Thy Name and The Evil That Men Do, just to name a few. However they haven’t done it alone, no they’ve been carried on the back of one of rock’s greatest icons… Eddie!

Eddie is the mascot of Iron Maiden, featuring on all of the band’s albums, as well as merchandise including T-Shirts, posters, action figures and now for the very first time, Pop! Vinyl Figures!

Funko have finally given Eddie the Pop! treatment, with the first wave featuring him as he appears on Iron Maiden’s first four album covers; Iron Maiden Eddie, Killers Eddie, The Number of the Beast Eddie and Piece of Mind Eddie. Some would say that’s too much Eddie, others whose opinions actually matter would agree that there’s no such thing!

An absolute must for any true Iron Maiden fan, add the Eddie Pop! Vinyl Figures to your Funko collection today!