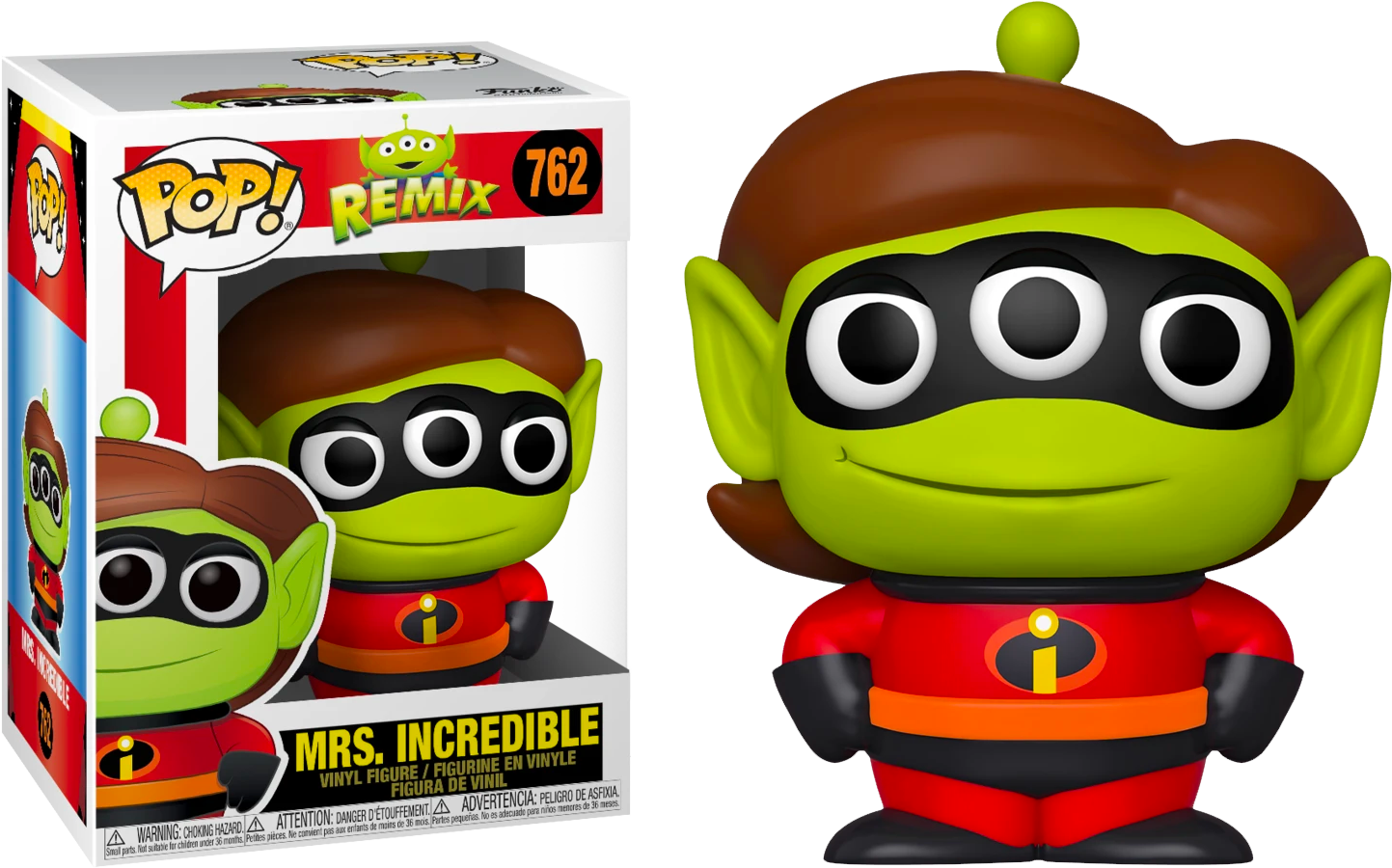 Here we have the Alien Remixed with Elastigirl from the smash-hit film, The Incredibles.

Also included in this new wave of Alien Remix Pop! Vinyls are the Alien Remixed with Wall-E, Eve, Mater, Sulley, Randall and Roz. So many unique yet incredibly cute designs, personally I think these are even better than the first lot!

Don't forget to also look out for the Alien Remix 10" Sulley, who is looking forward to powering Monstropolis by making your Funko collection laugh outrageously.

If there was ever a set of Pop! Vinyl Figures worth collecting, THESE are the ones! Seriously, how could you not want all of these little cuties bringing a smile to your face every time you look at your collection?!