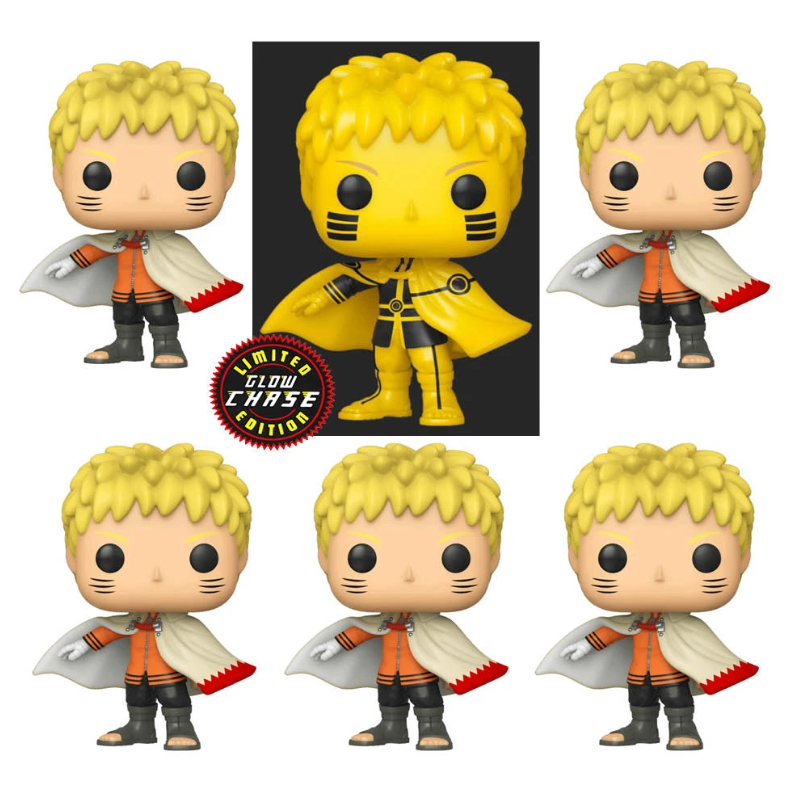 There’s no denying that Naruto has become one of the most beloved anime series of all time, telling the story of Naruto Uzumaki, an adolescent ninja who searches for recognition from his peers, dreaming of becoming the Hokage, the leader of his village. Well now we’ve finally been treated to a sequel series, Boruto: Naruto Next Generations.

Here we have the man himself, Naruto, now with the title of Hokage. The Hokage is the "Kage of Konohagakure", a title bestowed on the village's leader and is generally regarded as the strongest shinobi in the village. This Pop! also comes with the chance of scoring a stunning Glow in the Dark Chase variant!

An absolute must for any true Naruto fan, add the Naruto Hokage Pop! Vinyl Figure to your Funko collection today.