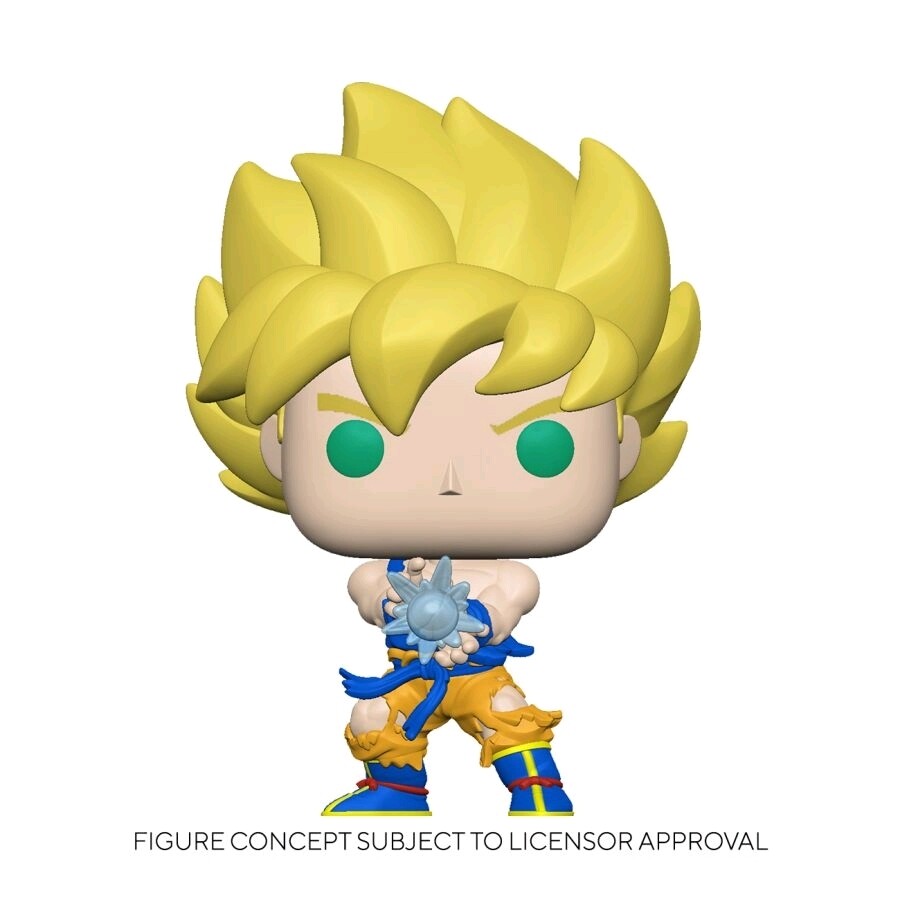 Funko's latest wave of Dragon Ball Z Pop! Vinyl Figures features some newcomers to the Pop! series, as well as some old favourites including Super Saiyan Gohan chowing down on some noodles, Super Saiyan Goku preparing to unleash a Kamahameha attack, Cell in his First Form, the former Guardian of the Earth, Kami, the creator of the Red Ribbon Androids, Dr. Gero, as well as the fusion of Goku and Vegeta... Vegito!

Now that's the standard wave, however what we have here is the Exclusive Super Saiyan Goku with Kamehameha Wave, which comes with a stunning Glow in the Dark finish.

Another incredible wave that no Dragon Ball fan can do without. Add them all to your Funko collection today!