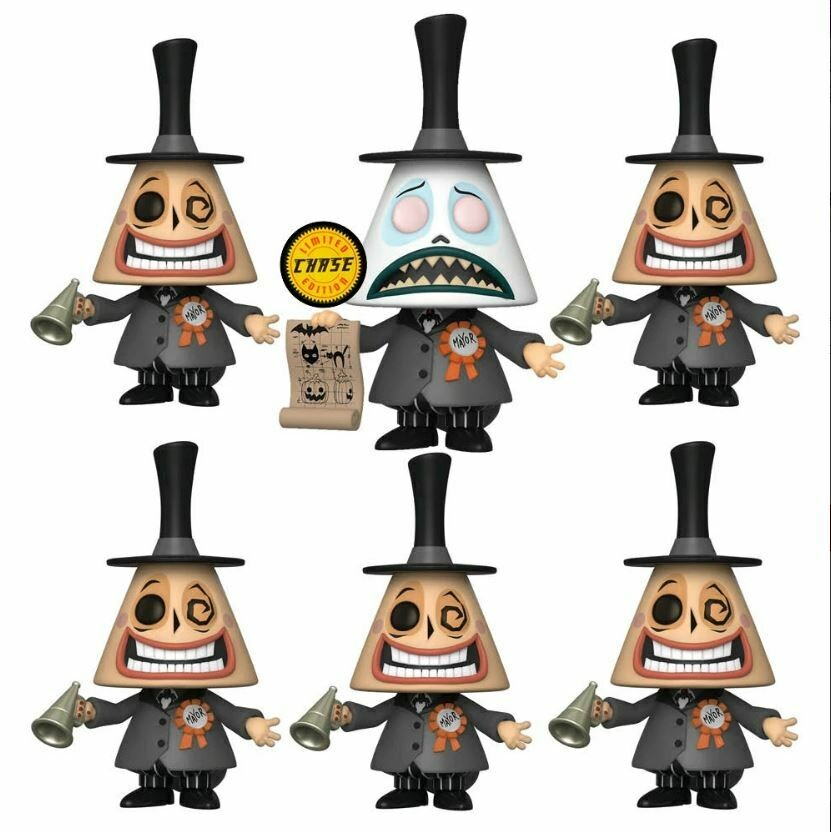 Pre-Order: The Nightmare Before Christmas - Mayor with Megaphone Chase Pop! Vinyl Figure Bundle of 6 (set of 6)

The Nightmare Before Christmas - Mayor with Megaphone Chase Pop! Vinyl Figure Bundle of 6 (set of 6)

The Nightmare Before Christmas is a stop-motion film that tells the story of Jack Skellington, a resident from "Halloween Town" who stumbles through a portal to "Christmas Town" and decides to celebrate the holiday, with some dastardly and comical consequences.

This new NBX wave may very well be our favourite to date, as it features Sandy Claws wearing his festive outfit, Sally taking part in some sewing, Jack Skellington putting on his scariest face, as well as Mayor with his Megaphone, who comes with the chance of a CHASE VARIANT!