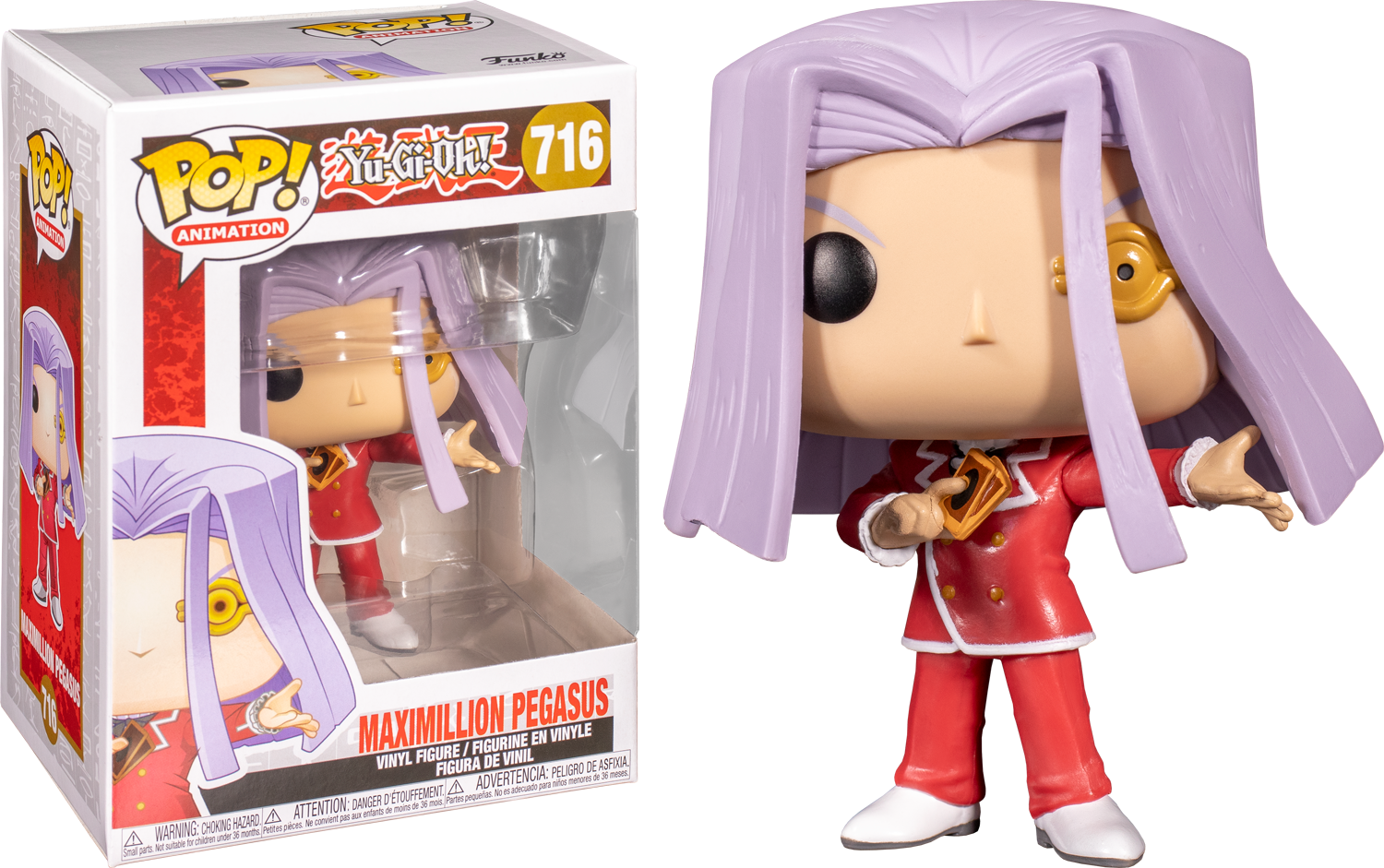 Funko's new wave of Yu-Gi-Oh! Pop! Vinyl Figures features a range of favourites from the series including Yugi's best friend Joey Wheeler, the creator of the Duel Masters game Maximillion Pegasus, a terrifying Red Eyes Black Dragon, as well as a the "Forbidden One" himself, Exodia, in all his 6" Super Sized glory! Oh and of course we couldn't possibly forget Yugi, who comes complete with a deck of cards.

Don't forget to also look out for the Exclusive Slifer the Sky Dragon and Obelisk the Tormentor 6" Super Sized Pop! Vinyl Figures as well!