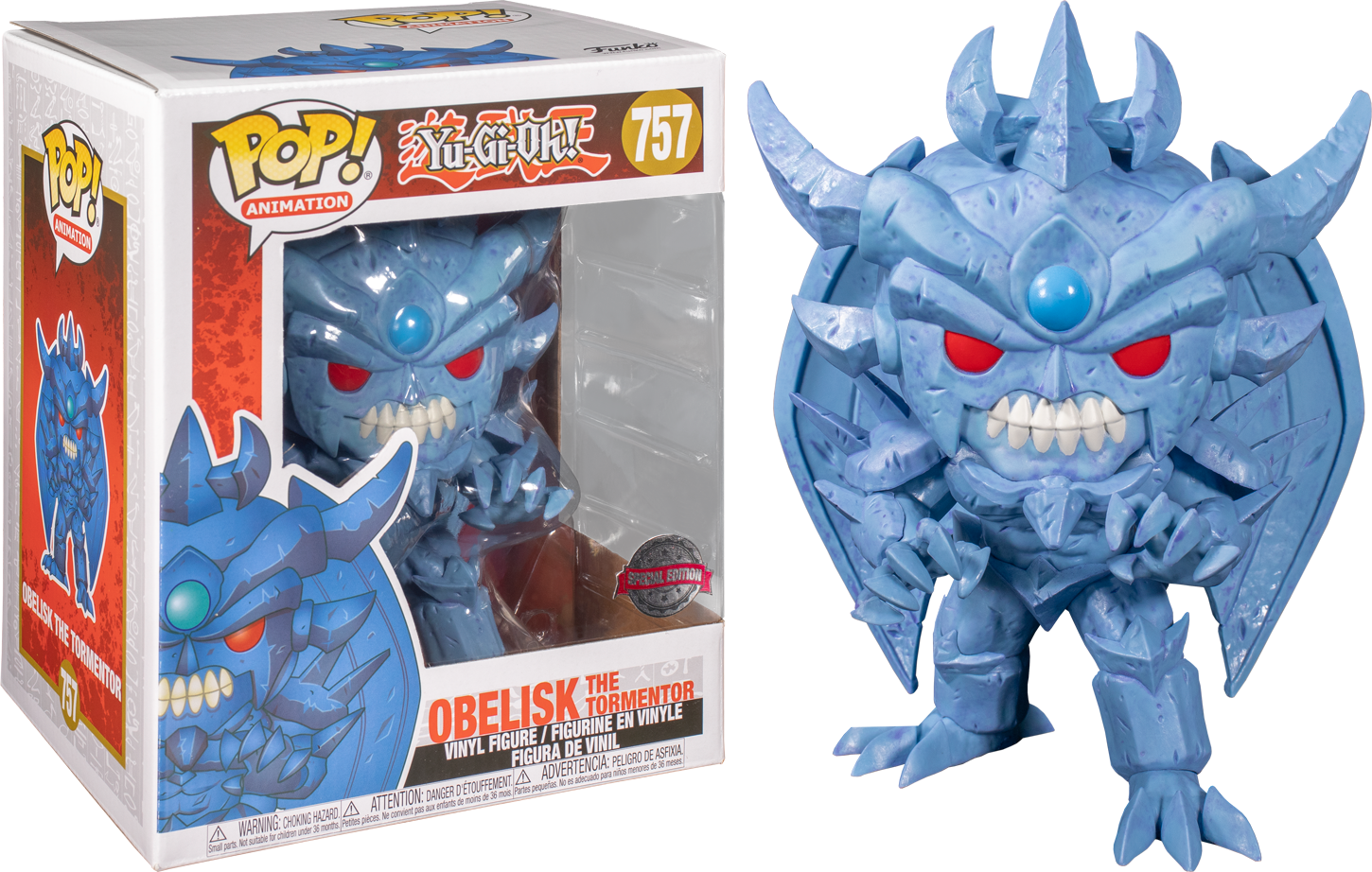 Here we have Obelisk the Tormentor, one of the three Egyptian Gods, along with Slifer the Sky Dragon and The Winged Dragon of Ra. It looks as terrifying as ever with its giant wings and standing at 6" tall.

Don't forget to also look out for the Exclusive Slifer the Sky Dragon 6" Super Sized Pop! Vinyl Figures as well!