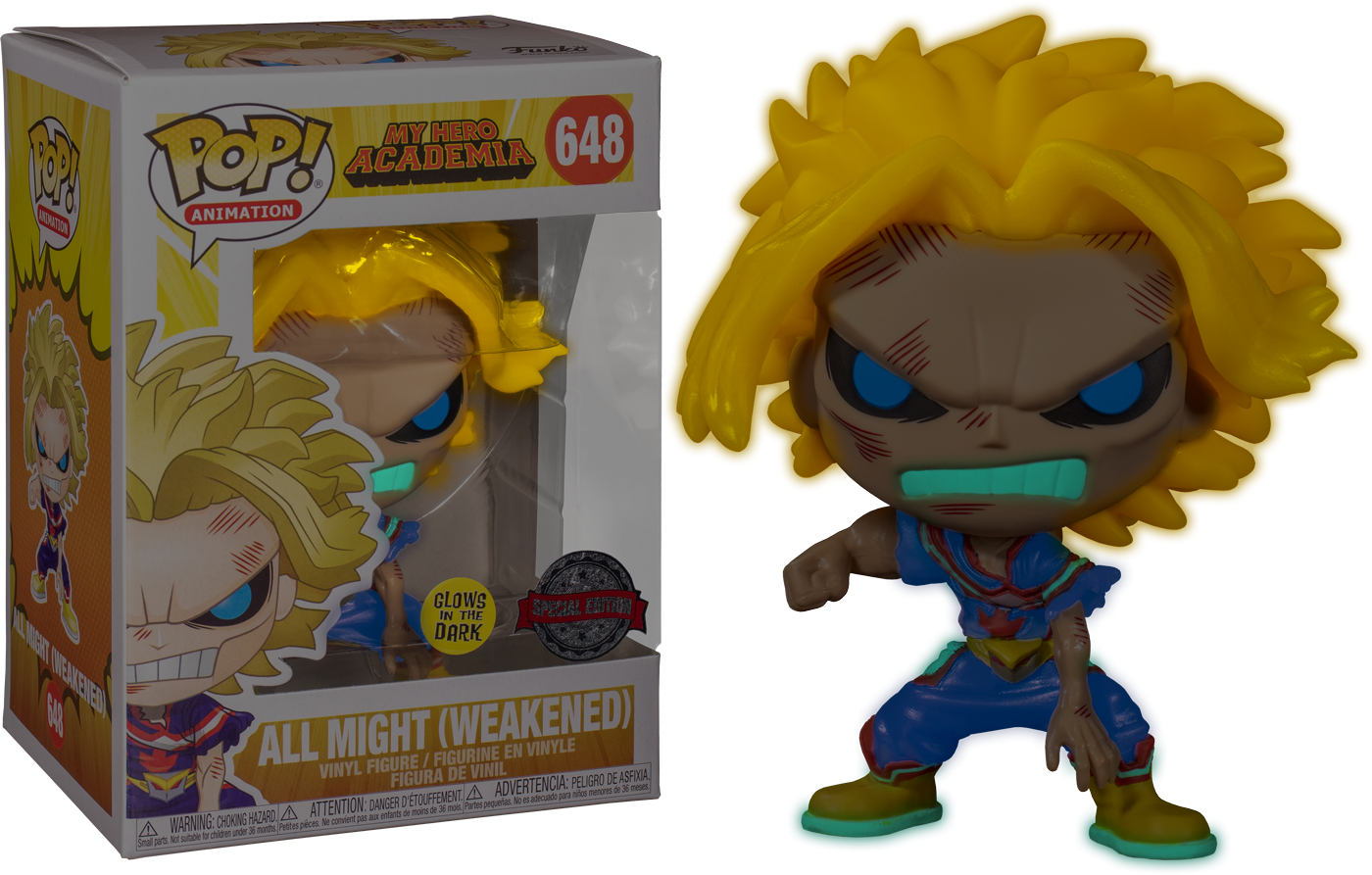 Pre-order: My Hero Academia - All Might Weakened Glow in the Dark Pop! Vinyl Figure

My Hero Academia - All Might Weakened Glow in the Dark Pop! Vinyl Figure

My Hero Academia is a Japanese superhero manga series that follows the story of Izuku Midoriya, also known as Deku, an average middle school student in a world where people with superpowers known as "Quirks" are the norm. Deku dreams of one day having a Quirk, so that he too can call himself a hero, especially since he is always bullied at school.

Here we have Toshinori Yagi, known commonly as All Might! He is the former No. 1 Hero and the eighth user of the One For All Quirk, which he has since bestowed upon Deku after retiring form crime fighting. Unfortunately for him, he's been weakend, but at least he Glows in the Dark!