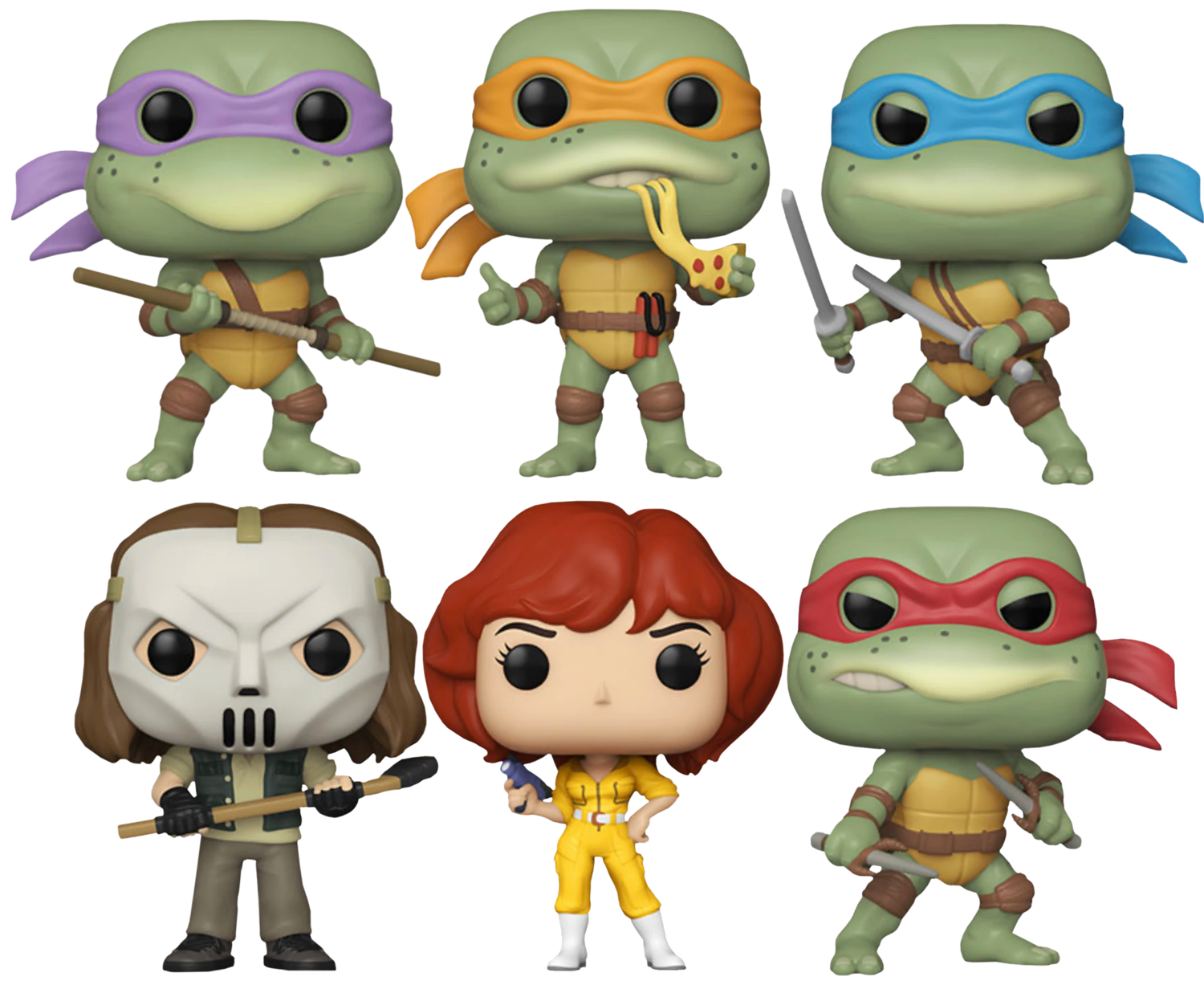 Truer words have never been spoken, however something that is certainly worth paying full price for is Funko’s totally awesome and righteous wave of Teenage Mutant Ninja Turtles Pop! Vinyl Figures!

For the first time ever, we’ve got Pop! Vinyls showcasing the incredible 1990 TMNT film, featuring a range of heroes that no Turtles fan can do without.

Featured here are our four heroes in a half shell, Donatello with his staff, Leonardo with his katanas, Raphael with his sad, as well as Michelangelo with his delicious pizza. Joining them are the cricket loving, mask-wearing Casey Jones, armed with his hockey stick, as well as New York’s #1 field reporter, April O’Neil, as she appears in the 1980s animated series.

The designs of each figure really pay tribute to their design from the iconic film, making this an essential collection for any TMNT collection.