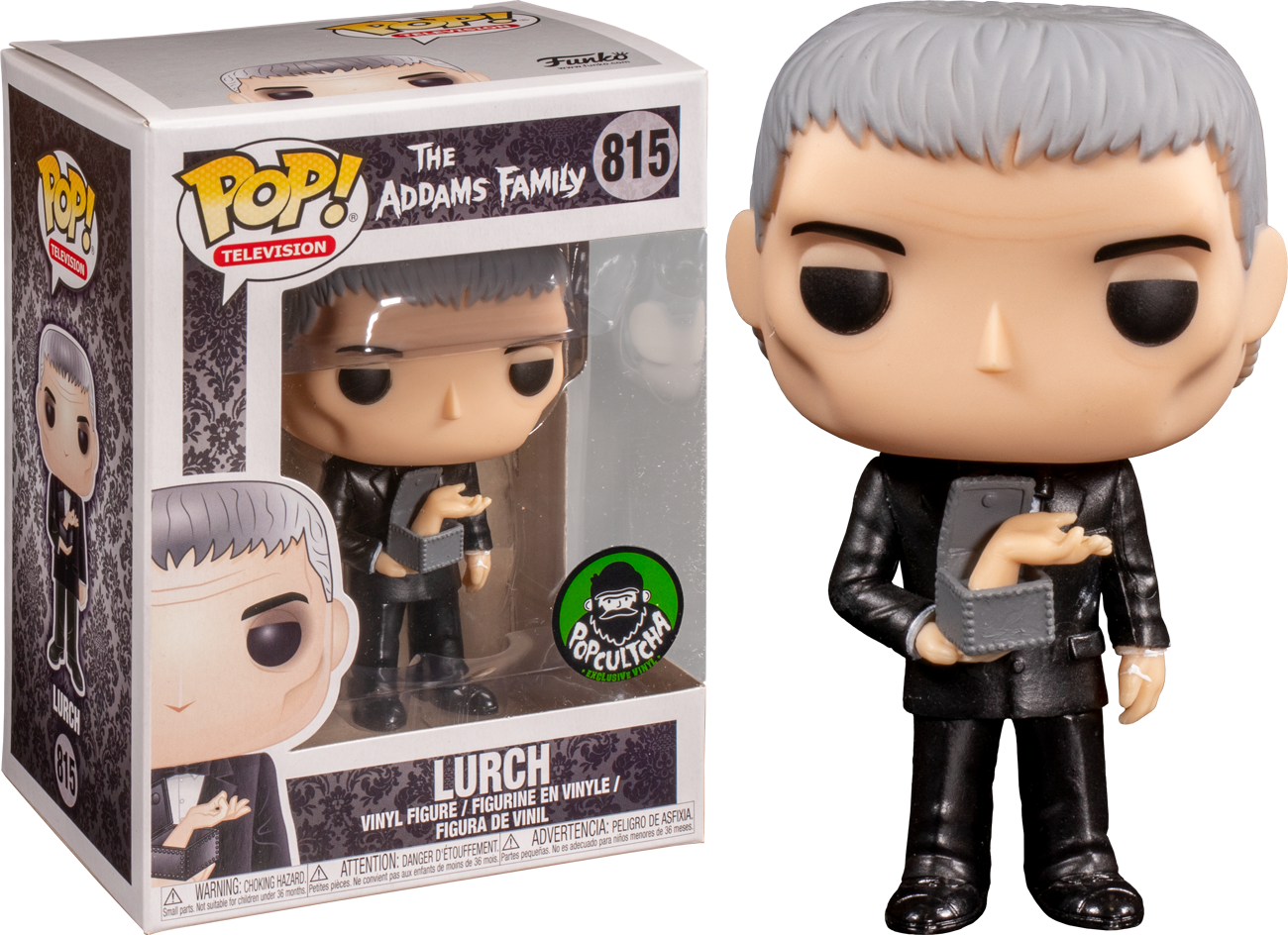 They make be creepy and cooky, sometimes even mysterious and spooky, but there’s no Funko collection that will ever feel complete without The Addams Family as part of its family tree.

Originally airing from 1964-1966, The Addams Family television series, based on Charles Addams’ cartoons, introduced the supernatural family to a wider audience, developing a cult following that still exists today. The Addams are an odd wealthy aristocratic clan who delight in the macabre, who are seemingly unaware, or do not care, that other people find them bizarre or frightening, and why should they care, they’re awesome!

Here we have the EXCLUSIVE Lurch, the loyal servant of the family who comes complete with everyone's favourite... Lurch can't wait to take up the position of servant to your Funko collection, greeting each new Pop! Vinyl as they are added to the pile.

Everyone needs a good spook from time to time, it’s what reminds us that we’re alive, so add The Addams Family to your Funko collection to keep the rest of your Pop! Vinyl on their toes.