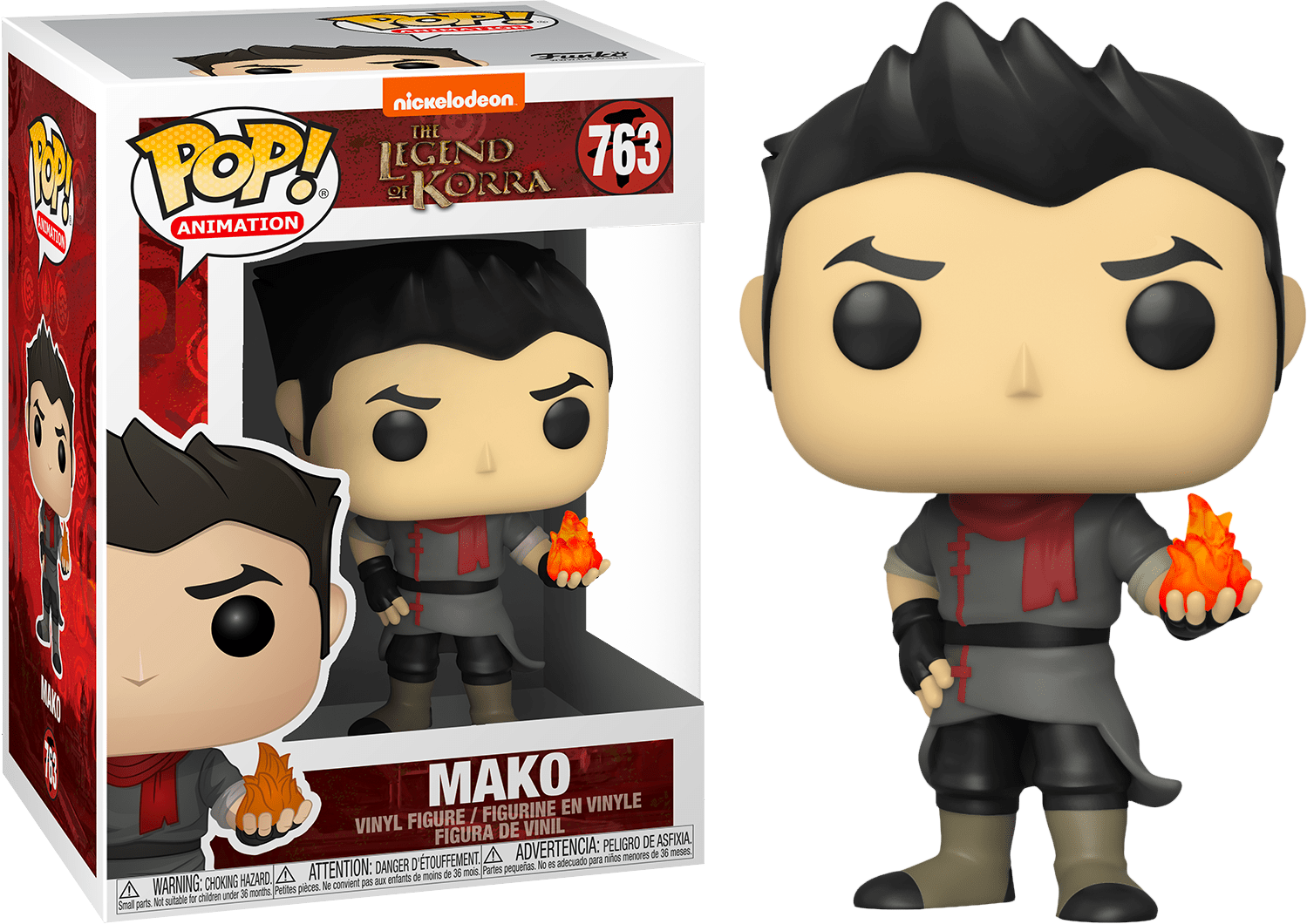 First we got the Avatar: The Last Airbender Pop! Vinyl Figures, but now it’s time the sequel, The Legend of Korra, finally got the Funko Pop! treatment.

As with its predecessor, The Legend of Korra is set in a fictional universe in which some people can manipulate, or "bend", the elements of water, earth, fire, or air. Only one person, the "Avatar," can bend all four elements, and is responsible for maintaining balance in the world. The series follows Avatar Korra, the female reincarnation of Aang from the previous series, as she faces political and spiritual unrest in a modernizing world.

Funko’s new wave of The Legend of Korra Pop! Vinyl Figures features four characters from the show; we’ve got the fire bender Mako, the daughter of the wealthy industrialist Hiroshi Sato, Asami, the leader of the Equalists, Amon, as well as Korra herself, the incarnation of Aang.

Don't forget to also check out the Korra in Avatar State Glow in the Dark Pop! Vinyl Figure!

Add the Legend of Korra Pop! Vinyl Figures to your Funko collection today!