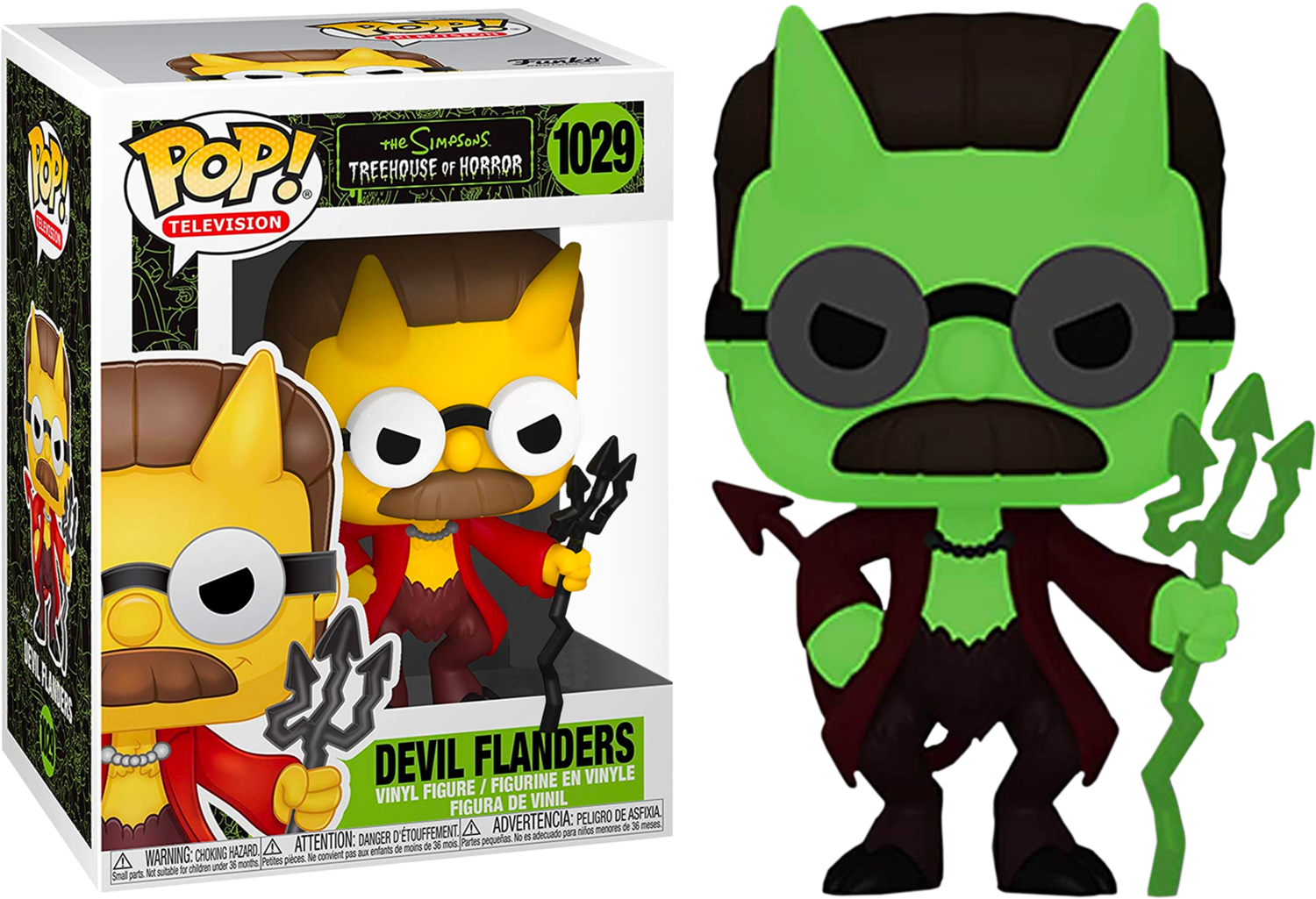 Here we have incredible Devil Flanders from The Devil and Homer Simpson, complete with a Glow in the Dark finish. Don't forget to also look out for the Exclusive Donut Head Homer, the perfect buddy for Devil Flanders.

So do you wish to look as happy as me? Well, you've got the power inside you right now. So, use it, and send your dollarydoos to Popcultcha, Geelong, Victoria. Don't delay, eternal happiness is just a Simpsons Pop! Vinyl away.