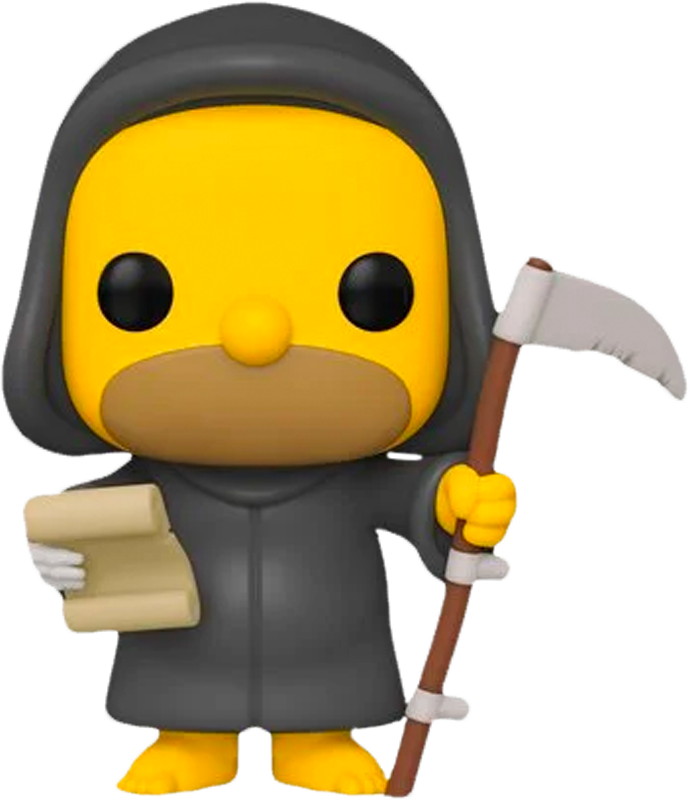 SKU 03482
AU$16.99
In stock
1
Product Details
The Simpsons - Grim Reaper Homer Pop! Vinyl Figure
It's the annual tradition every Simpsons fan can't wait for, where our favourite four-fingered family step outside the normal parameters of reality and terrify us with three bone-chilling (yet hilarious) horror stories to celebrate Halloween. It's of course the Treehouse Of Horror specials!