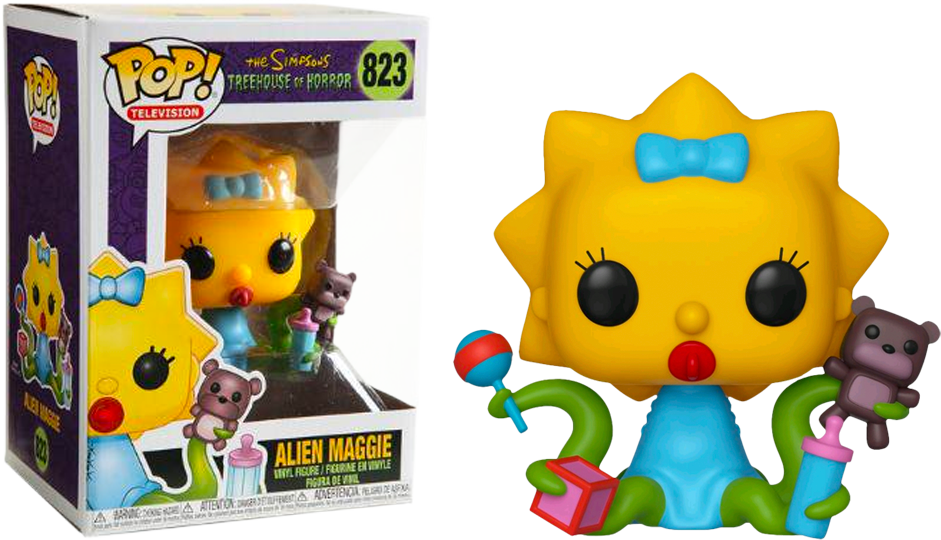 Well Funko's cromulent new wave of Simpsons Treehouse of Horror Pop! Vinyl figures are here and they are sure to embiggen your lives! We've got Bart as The Fly from Treehouse Of Horror VIII, who can't wait to start tormenting the spiders in your house, Maggie as an Alien (watch out Jerry Springer!), Lisa as The Devil, Marge after she was transformed into a cat, and finally, the 8th Wonder of the World himself, King Kong Homer!