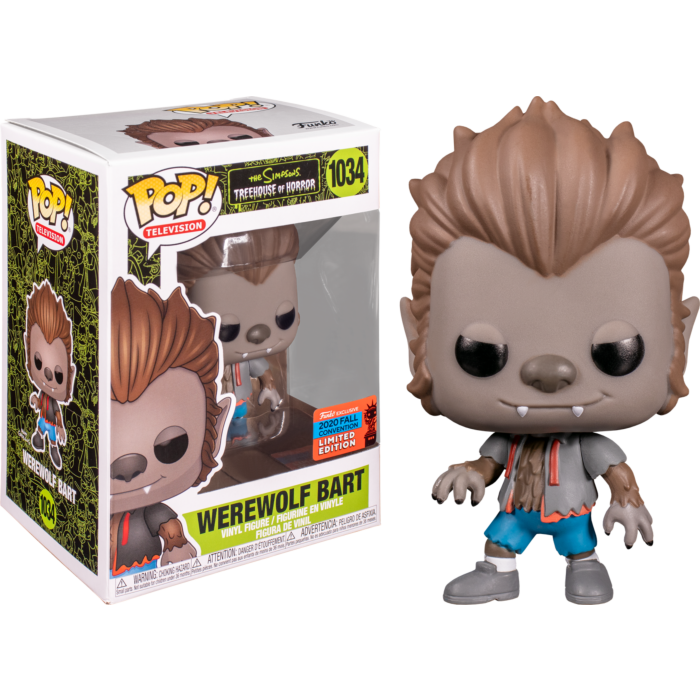 Do you ever look at your Funko collection and feel like it’s missing something, but can’t quite put your finger on it? Like maybe a few extra exclusive figures would help you FALL in love with it all over again? Well have no fear, Popcultcha have come to the rescue with Funko’s new range of 2020 Fall Convention Exclusives!

Here we have Werewolf Bart, covered in hair and looking for the next full moon.