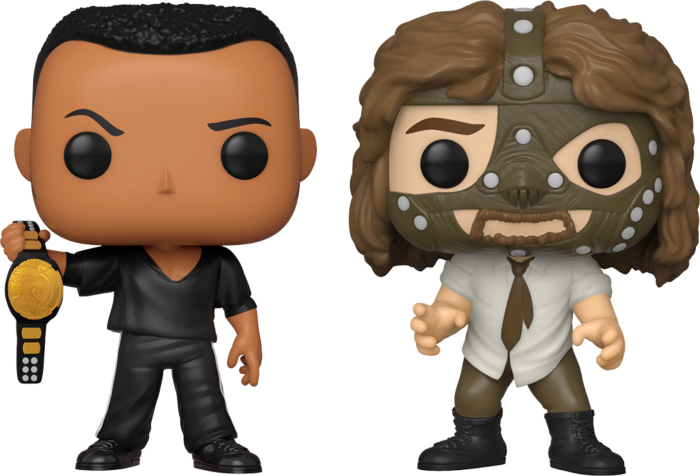 Have you got what it takes to enter the squared circle? Are you prepared to put your body on the line for the entertainment of the mindless masses? No? Well don't worry because neither are we, so let's just leave it to the superstars of the WWE!

Funko’s latest wave features a range legends from the Attitude Era, as well as some of the biggest superstars in sports entertainment today, including the current WWE Champion Drew McIntyre, the 2020 Money in the Bank winner Otis, the Rated R Superstar Edge, the Ninth Wonder of the World Chyna, as well as one of the greatest superstars in the history of pro wrestling, yes that’s right, PRO WRESTLING, the Texas Rattlesnake himself, Stone Cold Steve Austin!

Now that's the standard wave, however what we have here is the Exclusive “Rock vs Mankind" Pop! 2-Pack, featuring both superstars from their brutal "I Quit Match" at the 1999 Royal Rumble.

Don’t forget to also look out for the Exclusive Stone Cold wearing his iconic Austin 3:16 Shirt, Eddie Guerrero “Pop & Pin” Set, as well as the Stone Cold vs The Rock Pop! Moment, featuring both superstars standing inside of a WWE Raw wrestling ring!

Forget the lifelong dream of main-eventing Wrestlemania, these WWE Superstars are more interested in the opportunity to join your Funko collection. Make their dream a reality by ordering them today.